The research is in- and the health benefits of hot sauce are overwhelming. 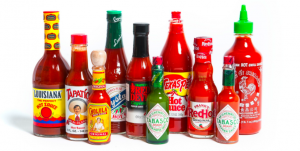 I carry hot sauce in my purse and so should you. Why? Because hot peppers, hot sauce, and salsa are among the healthiest foods on the planet. Don’t believe me? Well, maybe you’ll believe  Carol Turner.

Turner is a nutrition specialist at New Mexico State University, home of the only Chili Pepper Institute in the world. She believes that they have “a lot of health benefits that we don’t often think about” and even calls them a “doorway food.” Why? Because if a person is willing to try a hot pepper, chances are they are going to be more likely to try new fruits and vegetables!

Now, I’m sure you’re wondering what the health benefits of hot sauce are. And don’t worry, we’ll tell you! But, first, you need to learn about a little plant compound called Capsaicin.

Capsaicin is a colorless compound responsible for giving spicy peppers, well, their spice. In fact, capsaicin is the spice behind all hot peppers, hot sauces, and salsas. So, next time someone tells you it’s the seeds that give hot peppers their heat, you’ll know that’s not true.

But, just how hot is capsaicin? Well, to measure pepper hotness, we use the standardized Scoville Scale. According to livestrong.com, Traditional Tobasco sauce ranks 2,500 to 5,000 Scoville heat units. Sounds pretty hot, right? Wrong. When compared to capsaicin, Tobasco’s heat doesn’t even come close. Believe it or not, pure capsaicin scores a striking 16-million Scoville heat units.

Capsaicin is not just packed with heat but is also full of extraordinary health benefits. So, are you ready to learn which superhero-esque powers capsaicin brings to your favorite condiment, hot sauce? Warning, the findings may surprise you:

Along with Vitamin C, the capsaicin in hot sauce acts as a metabolism booster which allows you to burn calories faster. In addition to revving up your metabolism, hot sauce can curb your appetite. Dr. Spiro Antoniades, a spinal surgeon, and author of “The Hot Sauce Diet: A Journey in Behavior Modification” used hot sauce to lose over 70 pounds after gaining some serious weight in college. 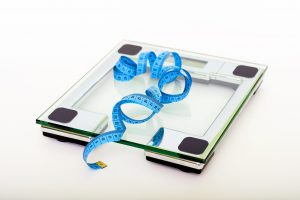 Have you ever wondered what allows you to keep taking another bite of those Atomic hot wings, even if they may be too hot to stand? Well, capsaicin releases endorphins in your mind, similar to the ones released during exercise and sex. The endorphins ease your next red-hot bite and make you happy while doing it.

According to draxe.com, capsaicin found in hot sauce has been known to “improve the blood sugar and insulin reactions in both men and women,” thus managing diabetes. 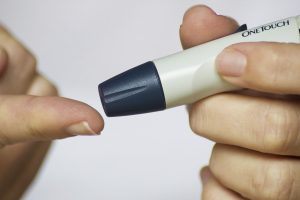 China is no stranger to the word “longevity.” The country has more people living to triple digits than any other nation in the world, and it turns out we may know their secret. A study published in the British Medical Journal found that, overall, people who eat more spicy foods saw a decreased risk of death. The researchers examined 500,000 adults in China and specifically determined that those in the group who consumed spicy food six to seven days a week showed a striking 14 percent risk reduction in mortality. So, yeah, you’ll have hot sauce with that rice.

This benefit may be a no-brainer, but it’s still a worthy effect! The punch of capsaicin in hot sauce is used by many to clear their sinuses during a cold. In fact, if you’re sniffling right now, check out this recipe for Tomato Tea. The more hot sauce added to the recipe, the greater the relief! 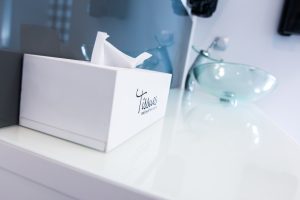 Maybe. Research shows that capsaicin has great potential for treating cancer. Capsaicin causes cells to undergo apoptosis. In other words, capsaicin has been proven to kill cancer cells. Science still has a long way to go before determining hot sauce’s impact on cancer, but researchers are constantly making progress. For example, in 2015 a study conducted in South Korea found that capsaicin can help kill more than breast cancer cells but also breast cancer stem cells. This is an important discovery because it shows capsaicin could largely reduce the risk of breast cancer reoccurrence in men and women.

And if there is the slightest possibility none of these health benefits turned you into a hot sauce lover, we’ll leave you with one more perk provided by Thrillist.com: We’ve already told you that the capsaicin found in hot sauce has antioxidant, anti-inflammatory, and anticancer properties. However, we didn’t tell you that these benefits are more effective when consumed with fats. So, as it turns out, buffalo wings are good for you.